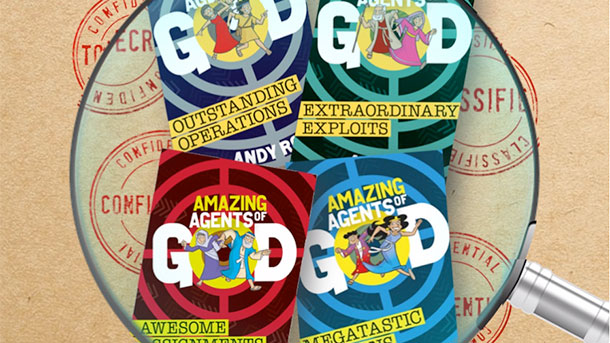 There’s a passage in the Bible which speaks about making the Valley of Baca a place of springs.

Certainly 2020 has been a challenging year and it has probably felt for many like a valley.

And yet, God doesn’t take a break when things are tough.

There’s still the promise of life springing up in the midst of difficulty – and that’s been my story.

This year has seen great fruitfulness and opportunity with regard to my publishing and creative output.

Most significantly this has revolved around the ongoing development of The God Files children’s Bible with Hodder Faith.

Working to a proposed publication date of July – September 2021 this massive project has stayed on course thanks to the amazing team of people who are bringing it to the market.

Having written the additional content (equivalent to a small paperback book in its own right) it has been exciting to see this shaped editorially and also now as the designers bring their own expertise into the mix.

Additionally, it has been wonderful to see my other publisher, Waverley Abbey Resources (CWR, as was) partnering with Hodder Faith to co-promote this launch in conjunction with my Amazing Agents of God books – from which The God Files idea originally sprang.

Having had some great conversations with the Waverley Abbey Resources team it’s encouraging to know that they are committed to breathing fresh life into the books of mine already in print as well as exploring new publishing projects.

You may be aware that a spin-off to my 50 Bible Stories series with CWR has been two books produced in partnership with Walk Through the Bible which are given free to school children in the UK on the back of the Bible lessons they deliver. I believe that the print run for these has now reached an amazing 40,000!

It’s also been encouraging to see various churches using video recordings of people reading from my kids’ books to create online engagement during the pandemic.

My comic creation, Derek the Cleric, has also had a pretty good year.

Not only having his ‘followship’ exceed 5,000 (on Facebook, alone) but continuing to appear each month in The Church of Ireland Gazette as well as an increasing number of church magazines.

I also got to feature in The Church of Ireland Gazette myself with an article about what I do and what makes me tick.

This then led to an interview in the Saturday edition of Belfast Telegraph’s ‘What I believe’ column.

As if that weren’t enough publishing prospects to engage with, for the past year or so I’ve been writing a humorous (well, I like to think so) novel about the fictitious origins of the misplaced apostrophe.

Whilst it’s still very much a work in progress the target audience is all the grammar pedants out there who cannot sleep easily until every grammatical wrong in the world is righted (which clearly includes me).

And last, but by no means least, I have a humorous greeting card range launching very soon. The cards are targeted at the Christian market and thus branded, ‘Quipping the Saints‘. 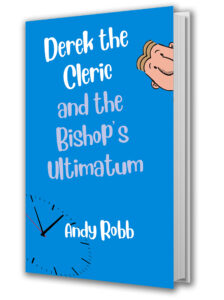 If you’re a fan or follower of my comic creation, Derek the Cleric, there’s every chance you’ll have come across some of the material I’ve 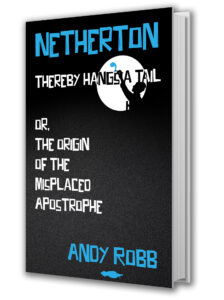 Something a bit different…

Sometimes it’s the little things in life which can make the biggest impact. An ever-so-slightly raised paving slab can cause us to trip; one letter out